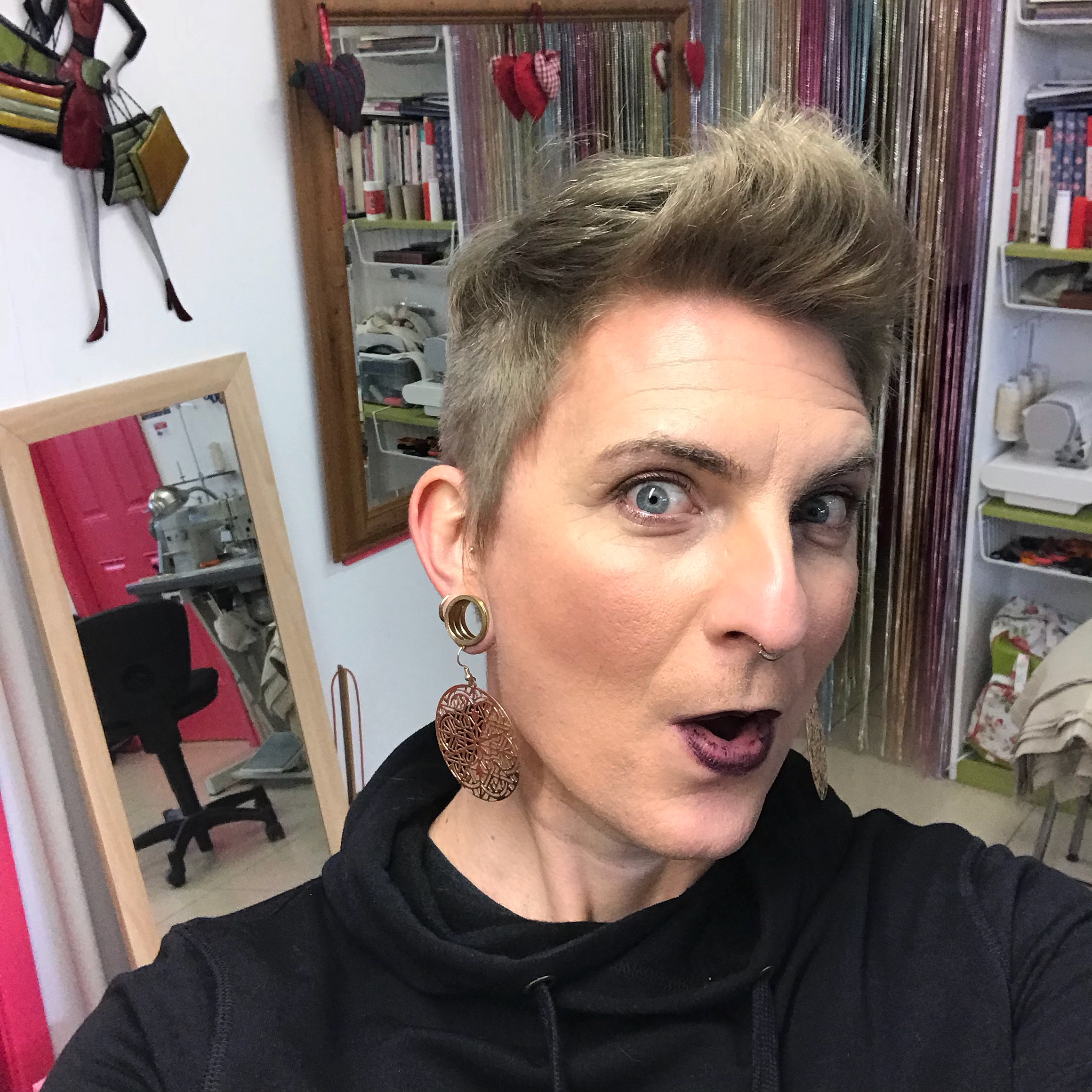 In a region called the Sunny South East of Ireland, there is a woman from Tampa, Florida, who is quilting with a color palette of gray, black, and white. When I get on the phone with Seven Veronica Victor, also known as “Ronnie,” she politely requests to not be described as an ex-pat in this article. “I refer to myself as an immigrant because politically, in Europe, there is this notion that immigrants are brown and ex-pats are white,” Victor explains, “I try to break down that class difference.” For the last 10 years, Victor has been moving: for independence, for love, and most recently, for tranquility. “I moved to Dusseldorf, Germany from San Francisco to be with my husband, where we lived together for about two and a half years,” says Victor. “Then we got sick of the city; it was taking a toll on us. We were like, let’s retire to the country!” The couple packed their bags and escaped to the countryside of Ireland into a home that overlooked an endless horizon of green valleys and would require Victor to drive an hour for essentials. “I’m in Dublin once or twice a week, and that’s about an hour and forty-five minutes one way. Now, for us, that’s no big deal.”