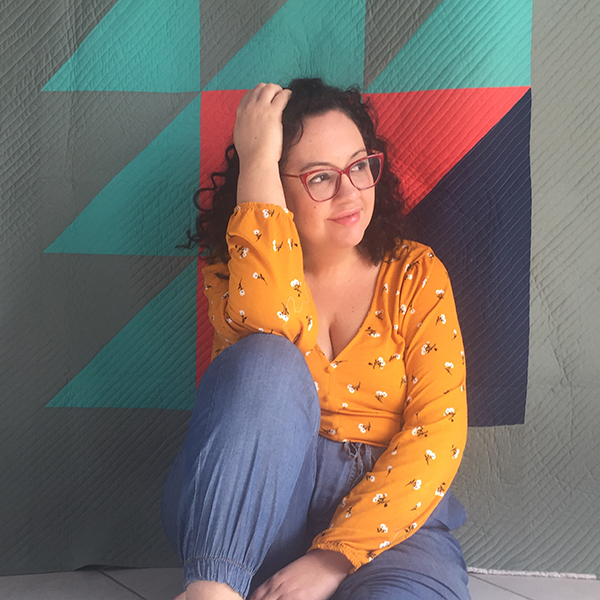 “I believe quilting should be democratic,” stated Fabiana Giandoso, a São Paulo-based quilter. “Here, quilting was for the rich.” Giandoso began quilting after she had her first child. She had been a violinist in an orchestra, but becoming a maker was a better fit for what she calls the second half of her life. She wanted to start making fabric bags, baby carriers, and other items in order to create a bright, colorful home for her family. “My sister had craft magazines for embroidery, sewing, and quilting, so I started crafting with what I had,” recalled Giandoso. It wasn’t until she began taking quilting classes that she learned about the crafting politics in Brazil. In her classes, the instructors encouraged their students to achieve perfection, create from the colors of the United States national flag, and take a formulaic approach to creativity. “I hated it,” confessed Giandoso. “The language was constraining, and I wanted to express my feelings and identity.” She wanted to look into the future of design, so instead of continuing with the traditional classes, she turned to the internet and modern art.